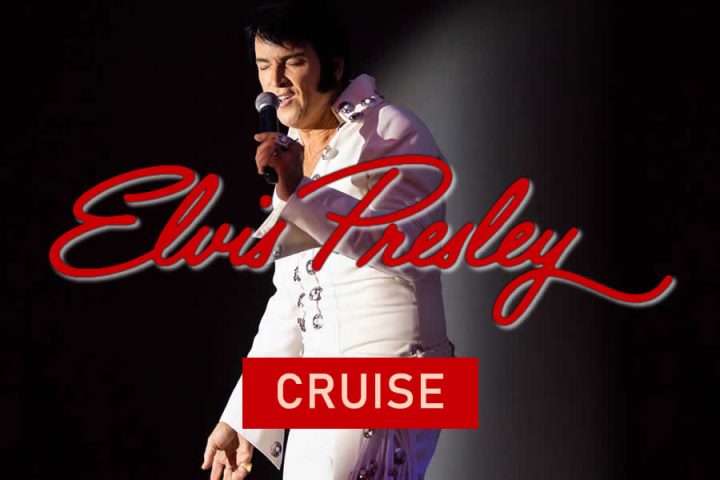 If you’re a diehard rock n roll fan then P&O Cruises’ announcement that The King is back in 2021 will be music to your ears. Due to popular demand, Elvis is re-entering the building for two tribute shows on P&O Cruises departing from Sydney and Brisbane. Making their announcement on the 42nd anniversary of the King’s 1977 passing, P&O Cruises is expecting the two upcoming shows to build on the success of the last.

The itinerary for this cruise is sure to be a crowd pleaser too. The cruise kicks off when it departs Sydney at 4pm on Monday 18 May. It will then spend the full day on Tuesday 19 May at sea as it cruises up the coast to Queensland. On Wednesday 20 May at 8am the Pacific Explorer will dock in Moreton Island, where passengers will have the opportunity to get off the ship and explore the local tourist sites and attractions. The ship will then depart Moreton Island at 8.30pm on 20 May for the journey back home to Sydney. The ship will then arrive back into Sydney Harbour at 7am on Friday 22 May 2020.

Click here to check prices and/or book your cabin on the Elvis Cruise from Sydney.

Due to popular demand, P&O has decided to add a Brisbane show to its line-up, departing on 16 June 2021. For the first time, rock ‘n’ rollers from the River City will enjoy 3-nights of Memphis sound from aboard the Pacific Dawn.

The Brisbane itinerary is scheduled to depart on Tuesday 16 June 2021 at 4pm. Passengers will then cruise out to sea for the next 2 days, while Elvis lovers get their fix of ‘The King’ while enjoying the facilities of the Pacific Dawn. The cruise will arrive back into Brisbane on Friday 19 June 2021 at 6am.

Click here to check prices and/or book your cabin on the Elvis Cruise from Brisbane.

With a love for the King since he was 8 years old, tribute artist Damian Muller will be taking centre stage and heading both shows alongside a formidable line up of tribute artists. The front man finally found the creative fulfilment he had been looking for once his Elvis Presley tribute career kicked off. Muller was previously employed as a hairdresser and furniture store manager, but those jobs never quite did it for him. He finally gained the confidence to dive into a full-time show business career after his first tribute to the King as a ‘singing telegram’ messenger.

According to Muller, the tribute shows represent a unique experience for fans and band members alike, as the setting means they will be living together and not just seeing each other on the dance floor. He also mentioned that he ‘performs on the basis that he is happy if his guests are happy’, so attendees can be sure they’re in for a good show.

Both of the Elvis Presley themed cruises will be offering much more to rock ‘n’ rollers than just a tribute concert. Spread throughout different venues on the ships, those in attendance will be able to enjoy Elvis’ Hollywood blockbusters, enjoy Southern-style culinary delights and even join in on some Elvis Presley karaoke.

President of P&O Cruises, Sture Myrmell has recognised that the King has never really left the hearts of fans who have helped keep the dream of seeing Elvis in the building one more time. He added, ‘the Tribute to the King cruise is one of the most-popular themed cruises that the company operated in 2019’. It is therefore no wonder the P&O will be continuing with the theme in 2020. The President is also expecting a big response from Queensland’s rock ‘n’ roll community, as the company believes there are many Elvis fans living in the Sunshine State. As P&O President Sture Myrmell mentioned, the ‘Tribute to the King’ cruises have been well-received by the rock ‘n’ roll community so far.

How to book the ‘Tribute To The King’ cruise

So, get in quick before tickets are sold out. In fact, you can book your Elvis Presley cruise with us here at Cruise Agency. Click on the links below to check prices and cabin availability. Book online today: