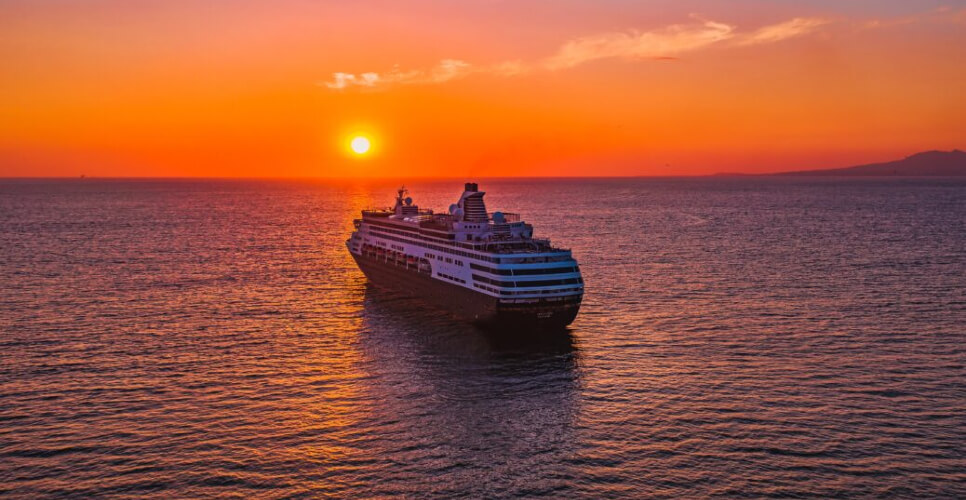 With more and more people choosing to take a cruise, the industry is enjoying a new golden era. The Australian Cruise industry is no different from the rest of the world.

It is the purpose of this article to examine the industry as a whole as well as investigate some granular data to understand what patterns and trends are prevalent.

In 2019, 28.5 Million people took a cruise, representing a 6.7% increase on previous years. With this growing trend set to increase, predicted 2019 figures on a global level are likely to exceed 30 million cruisers.

Global cruise takers are growing at a slightly higher rate than the tourism industry as a whole, which is only growing at a 6% rate.

There is a growing trend for shorter cruises globally. Uptake of a seven-day cruise has increased by 9% and uptake of three-day cruises has risen by 10%.

In terms of trending global cruise destinations, visitors to the Mediterranean are on the up. Additionally, cruises to the Carribean are up by 6%. Cruises taking in Alaska are also up 13% in popularity.

On a global scale, the demographics show that:

Finally, the worldwide cruise industry has heavily invested in improving its environmental impact, including an enormous $22 Billion investment in greener fuel and innovations in energy efficiency and technology. The number of ships fitted with shore-side electricity options (instead of relying on onboard generators) has risen globally by 10% since 2018 to cover 30% of the global fleet equipped with this technology.

While growth continues, the growth rate has slowed since 2017 meaning that Australia’s rate (0.9%) falls behind other large markets growing at a higher frequency such as North America (9.4%) and Europe (3.3%).

The 2019 cruise industry results revealed that the most popular cruise line operating out of Austarlia was P&O Cruises, with more cruises and more cruise passengers each year compared to any other cruise line.

The number of Australians choosing to fly-cruise has risen at a higher growth rate of 3.4%.

The most significant sources of these inbound visitors are:

Interestingly, a growing number of Australians are choosing to cruise in local waters. This trend represents a definite increase to local economies; however, it also highlights a considerable strain on local infrastructure as ports struggle to have enough berths available.

The bulk of inbound Australian cruises make their way to Sydney where 45 ships made 285 visits last summer.

As we have already discussed, Australia is a global hub of cruise activity with visitors the world over landing on our shores.

The economic gain to Australia is nothing short of tangible. To understand this, we need to examine what’s happening with cruise industry economics on a granular level.

At the top-down level, the cruise industry has generated a net output into the Australian economy of $4.8 Billion (A$). This revenue consists of both direct and indirect output. The economic output is made up of $2.5 Billion indirect revenue and $2.3 Billion direct spending.

Of the direct spending, $1 Billion of this economic output comes from the cruise lines themselves with the rest made up by crew ($37 Million) and passengers ($1.2 Billion).

How long are Australians cruising for?

On average, Australians prefer to cruise between 8-13 days (accounting for 39% of the cruising population). Short cruises of up to 7 days have increased considerably by 10%. For these sampler cruises, short cruises from Sydney was seen as a clear in terms of passenger numbers. Brisbane also performed well in this area, particularly with 3 day cruises, which was attributed to a longer cruise season due to better weather conditions.

At the other end of the scale, cruises exceeding 21 days hasn’t changed, holding a steady 3% of the market share. Cruises between 15-20 days have decreased in popularity by 1%, reflecting the trend for shorter cruises.

When Australians take longer cruises, popular destinations appear to be:

Interestingly, the longer cruises are decidedly favoured by an older demographic (62 and above).

The shorter cruises (8 days and below) favour the following destinations:

Cruisers from Sydney New South Wales made up the largest demographic, accounting for 53% of the market.

People cruising from Brisbane Queensland make up the next significant demographic, holding a 22% share of the market.

The third-largest demographic of passengers come from Melbourne Victoria (13%).

Outside of these demographics, we find the following regions cruise at a much lower rate:

It is necessary here to talk about social media.

The tag #cruise forms part of over 3% of Australian tweets. The hashtag appears in approximately 38 tweets every hour on a global scale and reaches 10.6k users worldwide hourly.

Other platforms such as Instagram and TikTok, are set to have a significant impact on the future of the industry, particularly with onboard wireless internet allowing cruisers to post at sea.

The worldwide trend towards self-care and wellbeing mean that cruises catering to this trend by providing spas, massages, yoga and other wellness activities are set to become increasingly popular.

More and more people opt for travel experiences that emphasise bucket list achievements; this trend ought to have a significant impact on the industry.

With Gen Z cruisers on the rise, the industry will inevitably become shaped by their travel preferences. Gen Z undoubtedly prefer experience over material possessions so cruises that take this into account will benefit.

Another growing trend is digital nomads — people who seek to blend business and leisure. With increased connectivity, a cruise doubled up as a business trip is a plausible reality.