A breathtakingly beautiful island located in the New Caledonia archipelago, the Isle of Pines is often a very popular stop among cruise passengers.

What should make the island a worthy stop on your cruise is the towering pine trees and gloriously white sand beaches which line its shores.

The Isle of Pines is not only special for the trees in its name though, but also for its crystal clear lagoons and exotic scenery. For some, this island will seem like a real-life paradise, boasting everything you’d expect to see from a dream island holiday destination.

If that doesn’t convince you to disembark at this stunning island, maybe the wealth of activities you can do there will.

Facts about the Isle of Pines

The Isle of Pines forms part of the  L’Île-des-Pins, a commune in the French territory of New Caledonia. Located in the Pacific Ocean, the island has flattering been coined both ‘the closest island to paradise’, and ‘the jewel of the Pacific’ by those who know it well, and it’s easy to see why.

This tiny island measures approximately 15km in both length and width, and is home to just 2,000 Melanesian Konaks, the natives of the island. While the official language of New Caledonia is French, the Konaks also have their own indigenous language, called Konak.

With regards to the nature and surroundings, the Isle of Pines sports some exotic species, such as the largest gecko in the world. It is also surrounded by the New Caledonian barrier reef, making it a popular destination with divers.

Cruise Holidays to the Isle of Pines

Most of the major Australian cruise lines pass through the Isle of Pines due to some of the reasons outlined above, so we’ll take a look at some of the options available to you.

P&O cruises offer a variety of cruise packages which could be of interest to you if you’ve got your sights set on the Isle of Pines. From a Christmas cruise spanning 8-10 nights, to a 7 night Pacific Island Hopper cruise, there’s plenty of exciting options if you opt for P&O.

Princess Cruises offer some longer cruises, which pass through New Caledonia and the Isle of Pines, if you’re in the mood for spending a few weeks at sea exploring the Pacific Ocean.

Royal Caribbean have a large number of South Pacific cruises which cover everything from 8-11 night cruises, and many of them pass through the beautiful Isle of Pines.

Celebrity Cruises offer several cruises which will take you to many exotic locations in the Pacific Ocean, and range from 7-11 nights

Things to see and do on the Isle of Pines

With a range of excursions to incredible locales which need to be seen to be believed, you won’t struggle to find things to see and do on the Isle of Pines.

Whether adventure is what you are looking for, or the relaxation that you associate with being on an idyllic island in the middle of the ocean, you’ll find it on the island.

First up, there’s one especially satisfying way of experiencing first-hand the incredible nature that makes up this slice of paradise.

Head to the Piscine Naturelle (also more commonly known as Oro Bay) on the east of the Isle of Pines, and take a dip in what might turn out to be the most beautiful natural swimming pool you’ll ever set eyes on.

Make sure you bring your snorkel and goggles, as this is some of the clearest water you’re likely to encounter on your cruise. To set the scene, the natural pool is a lagoon of crystal clear water, which requires an adventurous hike through the woods to get to.

Once you arrive at the turquoise lagoon, you will be treated not only to some of the best water to swim in, but also a panorama of tall, green pine trees and stunning fauna.

Contrary to most things in life though, this natural pool will prove that the destination is more rewarding than the journey, although the way there is quite the adventure too.

While you’re there, if you start to feel hungry after doing several lengths of the lagoon, then head to Le Meridien nearby for a delicious bite to eat. 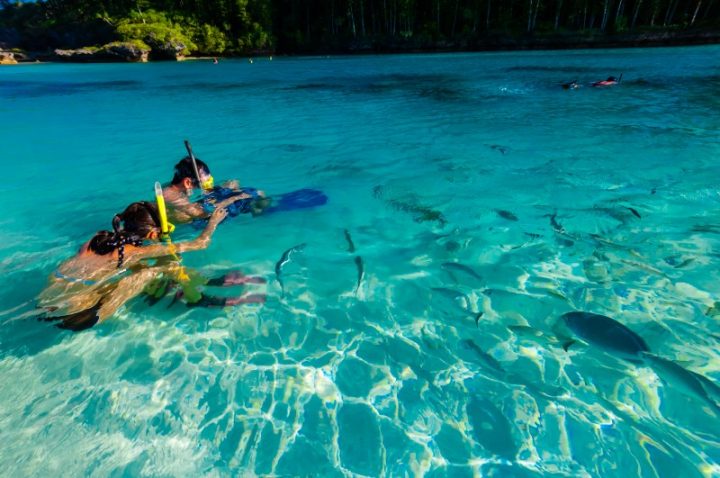 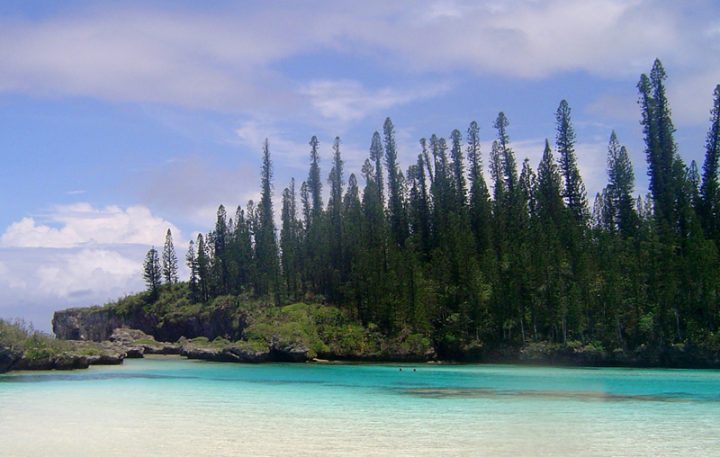 The adventure doesn’t end with spectacular hikes and high points though, as the Isle of Pines is also home to some spectacular caves. Located in the center of the island, the Grotte de Hortense should keep you captivated for a few hours at least, as you explore its incredible depths.

To arrive at the cave, like with most places on the island, you will have to walk through a beautiful pine forest. After a short trek through the trees, you will find yourself at the impressive cave network.

Costing a small fee to enter, you will make your money back almost instantly when you see the lush nature and staggering cave. Nestled deep in the forest, and surrounded by the most amazingly green fauna, the cave is a sight to behold.

Caution is advised when walking through the cave as some of the footing can be precarious, but otherwise you should feel at liberty to walk around and take in the beautiful surroundings.

For some background on the cave, it once hosted the Queen of the island, as she was paranoid that the other tribes would want to kill her for decisions she had made during colonial times. 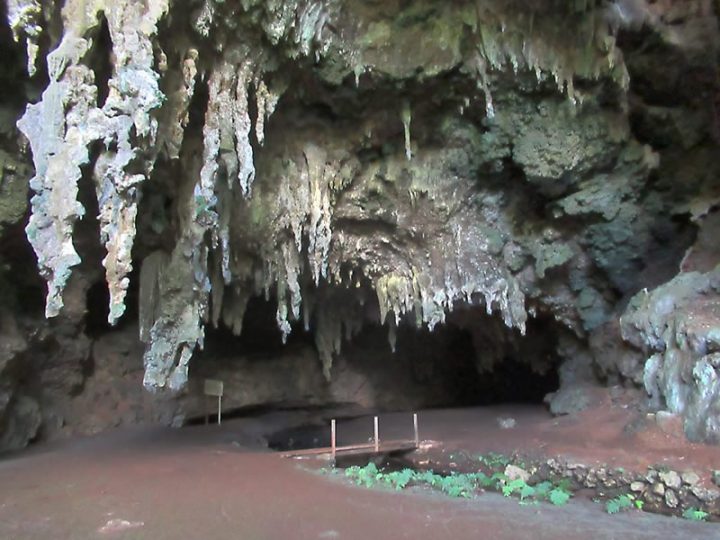 What trip to an idyllic island would be complete without lounging on a pristine, white sand beach, cocktail in hand?

At Kuto Bay, on the Western side of the island, you can find just that. An array of shops selling artisan, locally made products, as well as bars and restaurants greet you as you approach. A particular highlight is the extravagant Kou Bougny hotel, which is one of the best spots for food and drink on this part of the island.

But of course, the main attraction of the Bay is the fantastic beach which could be classed among one of the best in the world. This is one of those places you can’t miss if you decide to get off at this cruise stop, which you absolutely should. 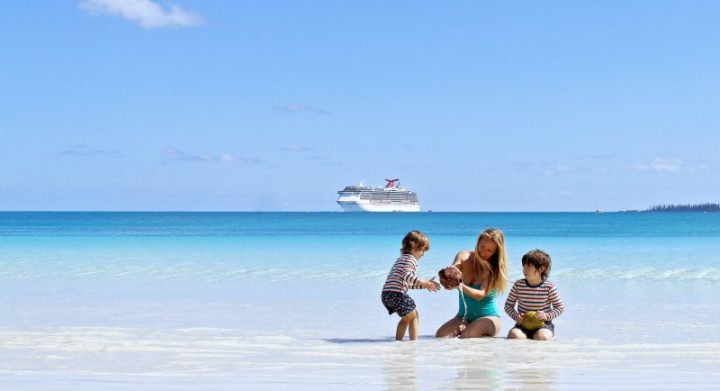 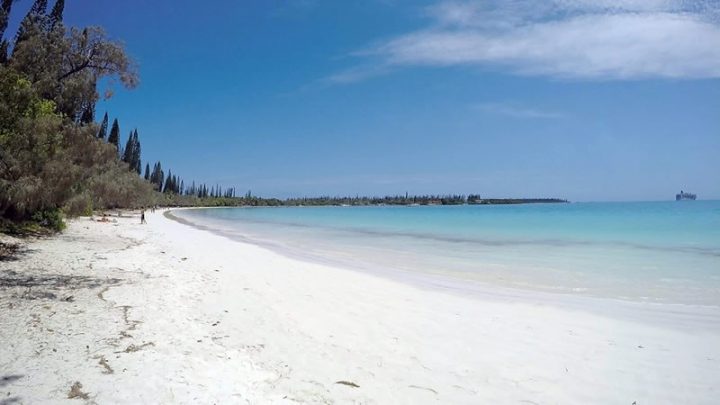 Located on the southern part of the Isle of Pines is the highest point of the island, the Pic Ngâ mountain. The mountain stands at around 262m tall, making it a fantastic lookout point, with stunning panoramic views of the island and the vast surrounding Pacific Ocean.

It is a challenging hike to reach the summit of the Pic Ngâ mountain, but the views from the top make it wholly worth the effort. Bring some durable hiking boots and plenty of sunscreen for this one, as you’ll definitely get a sweat on as you scale this towering mountain.

What you’ll be met with when you finally make it to the peak (it should take you approximately 2 hours in total) will leave you breathless, and not just because of the great physical exertion!

No trip to the island would be quite complete without a hike up to the highest point, and the photos you’ll take will give you memories to last a lifetime.